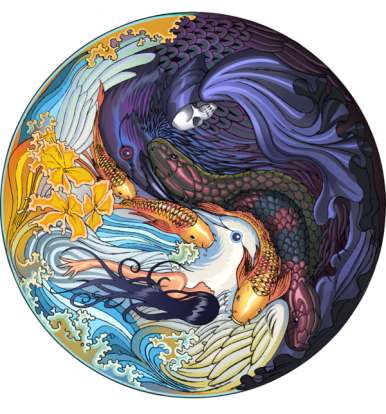 I have to confess I’ve been downplaying part of my story.

I’ve been neglecting to share (or minimize sharing) the fact that my strange experiences – that often seem related to mind control and sometimes to “alien” weirdness – are sometimes accompanied by events that seem to be spiritual healings.

This is HUGE.  And I want to explain – if only to myself – why I’ve minimized this fact.

I’ve been hesitant to claim them publicly because, in the context of mind control, it’s confusing to me, because mind control, as I understand it, is done by humans for dark purposes, while healings seem spiritual and positive – and they often seem to be related.

The healings, outside this context, always felt like they might be construed by others as “spiritual bragging,” i.e., I’m so special or so spiritually in tune that spiritual beings granted me this miracle – even when I hadn’t asked!

Uncertain how to overcome these hurdles in my head, I waited, thinking I’d eventually understand, and now years have gone by, and I apologize for minimizing this aspect of my story.

Here are some of the experiences (many described in my book RattleSnake Fire, published in 2008):

Usually in the evenings, and usually while alone, but not always, I sometimes get a sudden and powerful sensation of energy that seems to pour into me from my head or neck and flow, over the course of maybe 10-30 seconds, down throughout my body.  The sensations feel wonderful, and I’ve described them in various ways – sometimes as healing or clearing, sometimes filling me up and making me feel my cells are enlarging, to such an extent that it seems my vertebrae are spreading apart, lengthening my spine, so that I need to adjust my body to “allow room” for a bigger, taller me!

Sometimes I’ve called the energy “the Hulk routine,” because it’s so powerful.  (Remember the Hulk got his power in order to whoop bad guys.)  Indeed, the power has often been so great that I could not resist moving with it, bending forward to make room for the energy flow down my back, my arm and leg muscles also moving with the force.  When someone else was around, if they knew what I was going through, I’d often sheepishly, jokingly indicate what was happening near the end of the process (maybe 30 seconds long) by miming a muscle-man pose – because I couldn’t speak while this was happening.

Sometimes I’ve been frightened by it, as when a friend suggested it might be “a possession.”

Other times, these have been so clearly healing.  Once, while visiting some friends and feeling weirdly energetically distressed, I went alone into the dining room, sat down, and first felt a procession of teenager selves lift off of me and up into another dimension; after looking down and seeing the energetic form of my legs which seemed to be hollow from the knees down, suddenly golden energy poured through me like a golden cascade flowing down into my feet and legs.  I was fascinated because a decade earlier a Rolfer had told me he could see no aura beneath my knees and had begun his work there and continued to work all year to bring energy into them and never told me he succeeded.  I theorized that I must have lost that grounding during the trauma of my teen years, and now the trauma had been finally released (odd place and time, but I accepted!) and the space filled.

These inpourings of energy have been so frequent that I couldn’t begin to count them without going through at least twelve years of journals.

After my most recent, probably third, heart attack last month, I had two such healing events.  One happened, incongruously – proving that this comes from an outside source, not my own doing or imagination – while watching a video with a friend.  Of course, I was surprised at the timing, but grateful, and didn’t even mention it to my friend.  That night, while lying in bed, drifting off to sleep, I was awakened by the healing energies again.  They were “the usual”:  wonderful, expansive, clearing, and healing.  The next day, after 12 days of extreme weakness, I woke feeling very well, and my 12-day long crisis was passed.

The meaning of this?  I think I know, but don’t want to say.

You, Readers, formulate your own theories.  Don’t get stuck as I have been too long, thinking the horrors are only horrors.  There could be something else at work.

I’ll talk about this more later.

Blessings on you and on us all.

Nomad in Service. Former businesswoman, activist, artist, author, manager, educator, now keeping things simple, no longer owning a home, but traveling to suit the weather, being of Service wherever I go.