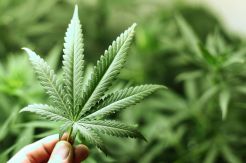 Lest I be thought a naive advocate of cannabis for any purpose (because I’ve reposted a few good articles I’ve found), I’d like to share two thoughts on limits, one my own limits, and a post by the Marijuana Policy Project (MPP) – http://www.mpp.org).

Recently, because I’m healing (or attempting to heal) from MKULTRA  mind control, I designed a notebook/journal specifically for my needs, including daily check sheets in which I track numerous small things that I typically lose track of:  how much sleep I get, my dreams, how I feel from day to day, whether I remember my supplements, and much more, including ideas I think are break-throughs, which I also typically “forget” or am controlled to forget – who knows, unless I get more serious about working to track them!  (I’ve described the notebook/journal and its use more completely on my ParadigmSalon site:  http://paradigmsalon.net/2014/09/29/saved-by-my-journalnotebook/

One of the items I track is when and how often I use cannabis.  I have a highly sensitive system and believe cannabis (at least much of what’s locally available) is detrimental to my logical, rational mind’s functioning; therefore, I do not use it when driving, socializing, or doing daily chores.  I do find, though, that it is excellent medicine for solving problems, for instance, in meditation and in writing, so I limit my use to those times or similar times when a “wandering,” relaxed mind is useful.  And I have committed to writing in my journal every single time I have a hit.  That way I know how well I’m sticking to my commitment, and the tracking practice is a good inhibitor, making me as responsible as I think I should be.

Recently, when Colorado legalized marijuana, a reporter made the news when she overindulged in a pot brownie.  The Marijuana Policy Project (http://www.mpp.org) today posted a blog that links to a site called “Consume Responsibly” (http://www.consumeresponsibly.org).  There is a lot of good information there, and I hope folks will check it out and pass it on.

This from Fred Burks’ WantToKnow.org – an excellent newsletter and site:
(Fred summarizes important “alternative” news breaking into mainstream news outlets, bolds the key sentence for those who need to skim, and provides links to his original source material.  Thanks, Fred!) 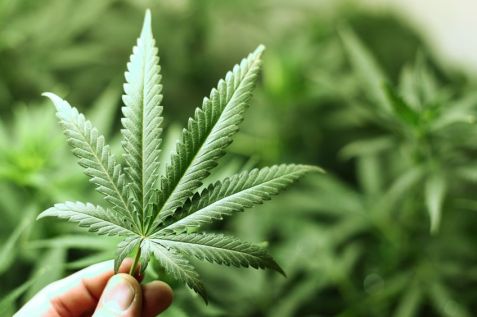 Researchers aren’t sure why, but in the 23 U.S. states where medical marijuana has been legalized, deaths from opioid overdoses have decreased by almost 25 percent, according to a new analysis.

“Most of the discussion on medical marijuana has been about its effect on individuals in terms of reducing pain or other symptoms,” said lead author Dr. Marcus Bachhuber.

“The unique contribution of our study is the finding that medical marijuana laws and policies may have a broader impact on public health.”

California, Oregon and Washington first legalized medical marijuana before 1999, with 10 more following suit between then and 2010, the time period of the analysis.  Another 10 states and Washington, D.C. adopted similar laws since 2010.

For the study, Bachhuber, of the Philadelphia Veterans Affairs Medical Center and the University of Pennsylvania, and his colleagues used state-level death certificate data for all 50 states between 1999 and 2010.  In states with a medical marijuana law, overdose deaths from opioids like morphine, oxycodone and heroin decreased by an average of 20 percent after one year, 25 percent by two years and up to 33 percent by years five and six compared to what would have been expected, according to results in JAMA Internal Medicine.

Meanwhile, opioid overdose deaths across the country increased dramatically, from 4,030 in 1999 to 16,651 in 2010, according to the Centers for Disease Control and Prevention (CDC).  Three of every four of those deaths involved prescription pain medications.

As someone who has witnessed two friends struggle with opioid addiction over the years (both with unknown illnesses doctors can’t cure, for which they prescribed opiates), it’s good to know that there’s a natural, low-cost option with ancient and effective history.