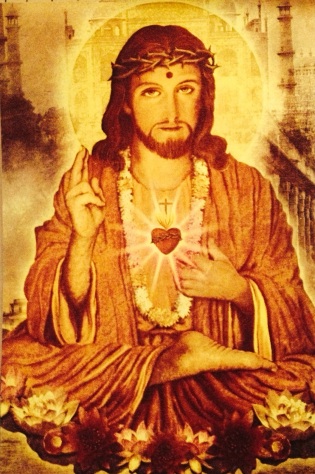 Ah, this issue has dogged humans for thousands of years.

Just for the record:  I try to follow Christ, but I’m not a Christian.

I have no feeling whatsoever (and didn’t, even as a young Christian and Christian minister’s wife in my 20s) for much of Christian doctrine.  I never “got,” for example, the ransom-for-our-sins concept.

Rather, I believe Christ came (like other prophets) to teach people how to live without being materialistic, violent, sexist, and racist.  I think that’s a more goal worthy of God – to make humans thoughtful and considerate!

What got Jesus killed was confronting the Authorities trying, as always, to herd people into their money-wasting ways and money-grubbing religions.  Seems like Authorities gathering souls with little soul-development but useable obedience.

I try to live Christ’s teachings but have a hard time walking into a church.

I might have chosen any prophet to follow, as I wasn’t set on choosing the prophet followed by most Americans – but the opposite!

Repeated experiences with Christ just happened, and he feels like a friend from vast lifetimes.

This picture?  I’m not attached to it.  But I like it because it busts stereotypes.  It’s peaceful, and even feminine.  It’s Hindu and Catholic.  It reminds me that our spiritual world is complex.  And we need to remember to seek inside.  “Pray in private,” the Teacher said.